Failing to follow shooting instructions will result in 3D tours being rejected or preventing the 3D tour from being scaled-to-life for precise floor plan creation.

The recommended height of the camera is 4 ft. If you would like to use a different camera height, ask our support team to show you how to calibrate the measurement tool.

NEVER change camera height during the same shoot. It will greatly impact the scaled-to-life floor plans and feel of the tour. If you work in teams during a shoot, make sure both photographers have the exact same camera height. 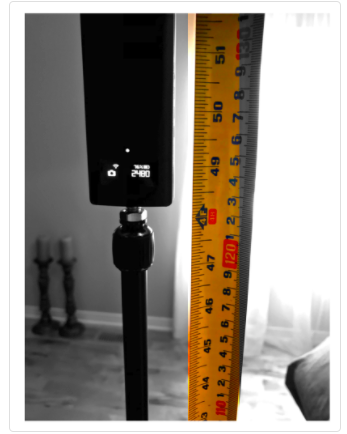 Make sure your Camera is Level

Use a monopod that you can adjust the level. Make sure the camera is always levelled.

Unlevelled 360 images can’t be used as precision anchors by our post-production processes. This will greatly impact the floor plan precision and user experience.

Virtual North (THE MOST IMPORTANT RULES)

The camera must always start facing the same direction for every 360 images. We call this our Virtual North. The virtual north can be the front, the back, the left or right wall of the house, but must stay the same throughout the entire project.

If your camera is not always facing a virtual north, the way the 360 camera measures and gets the light that comes in the lenses will never be measured the same way. This will lead to inconsistent final images of white balance and light intensity.

Furthermore, the stitching needed to feed the gap (in the middle of the 2 lenses)  distortions when creating floor plan walls. Not always shooting in the same direction will GREATLY impact floor plan precision. 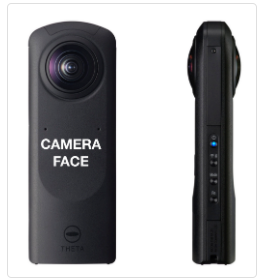 If all your 360 images are pointing in different directions. 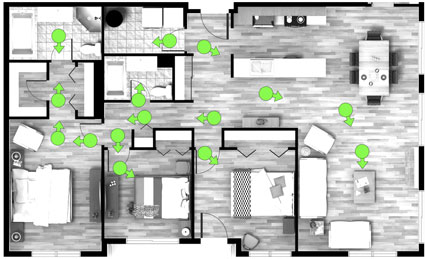 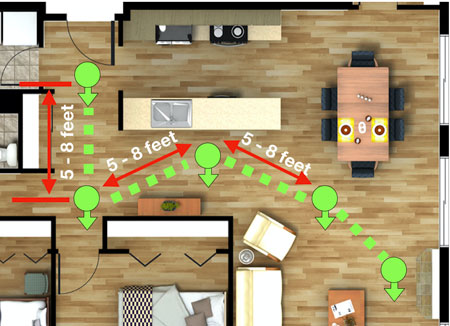 If the distance between 360 images is too great. 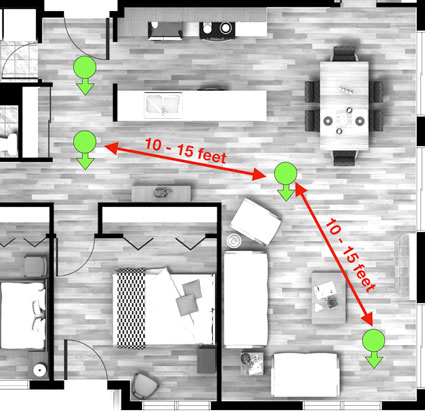 Each doorway will require a pair of 360 images. One before entering the room and another once inside. Make sure each 360 image has a line of sight to the paired image. 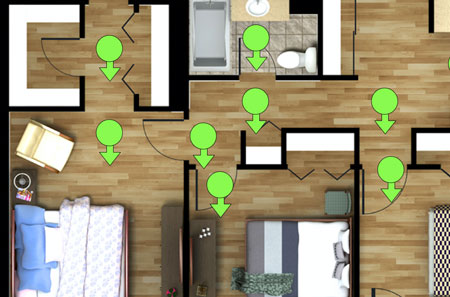 If you aren’t shooting pairs of panos for doors and/or walls, hide the line of sight between 360 images. 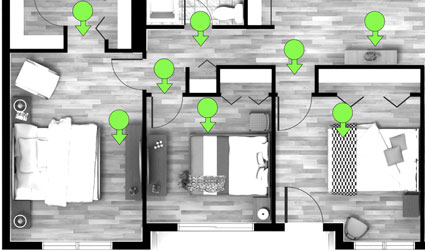 Create a camera path that enables viewing all rooms. A minimum of one image per room is required to create the floor plan but might not provide a good user experience.

Too many 360 images are not always better. It will take extra time on-site without really adding extra value to the 3D tour. Create a camera path that showcases the best possible pathway through the house. 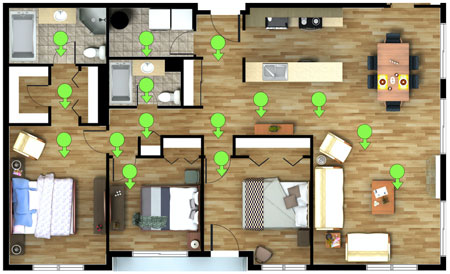 If you don't have a camera path or connections between panos. Separately shooting rooms will not work with our 3D tours. 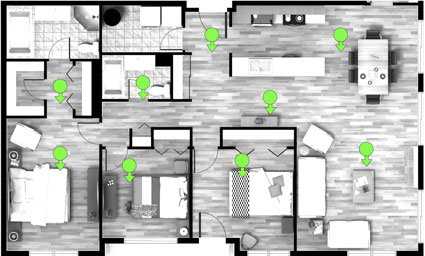 There is no need to take 360 images on the stairs. Just take a 360 image in front of every stairway. Our post-production team will create gateways on the stairs allowing the user to jump from one level to another with a single click. 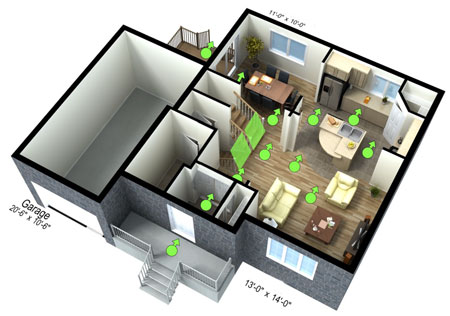 When the shooting is done, you are ready for Step 2 - Creating an immersive 3D tour.

Did this answer your question? Thanks for the feedback There was a problem submitting your feedback. Please try again later.
Last updated on January 6, 2021